Get a nice COVER or POSTCARD from PORTUGAL....

2 EUROS
per COVER or POSTCARD

I can send you a nice surprise cover or postcard to your home address.

You can pay by paypal or cash in an envelope.

Hello, Happy New Year to everyone. Yes it is now 2018. Seems amazing how the years pass by. I was thinking back 50 years  because I saw the stamps issued in April 1968  commemorating British Bridges. Rather nice stamps I think.  Certainly all with an interesting location being shown. 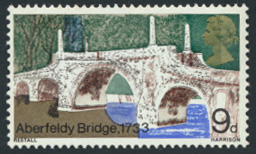 The 4d shows Tarr Steps in Exmoor Somerset.  The 9d stamps shows the Aberfeldy Bridge in Perth and Kinross in Scotland. This bridge is locally known as “Wade’s Bridge”.   On the 1s 6d stamp we see the Menai Bridge which connects the Isle of Anglesey with North Wales and finally, a more modern styled bridge is shown on the 1s 9d stamp. This is the M4 Viaduct which is more commonly known as the Chiswick flyover. 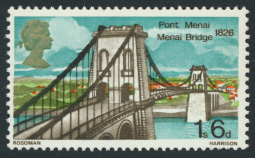 All very collectible and back then 4 of the 15 new commemorative stamps that were issued in 1968. How times have changed. As I write this, Royal Mail have so far announced 18 new commemorative sets  (yes sets!) in the stamp issuing program for 2018, including a Post and Go issue in January.  This is before any Royal Wedding stamps and any other special issues they announce, which seems to be something they do these days. 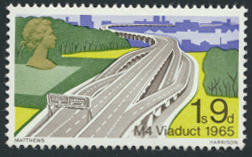 How many stamps will be issued in 2018 is not known yet but based on 2017, for example, we can expect to see, I would predict, around at least 120 stamps.

I hope you are not swamped with new issues you cannot afford to buy simply because there are just too many of them for your budget.  A shame really; perhaps this new stamp issuing policy that we see across so many countries around the world is not helping philately, or is it?

Have a brilliant philatelic 2018, and a happy and healthy one as well.

PLEASE express yourself by COMMENTING!!!

Search my Blog with Google